Manu Ginobili: The South American Who Conquered The NBA.

Index hide
1 The most important Argentine athlete in history.
2 Manu Ginobili, his beginnings.
3 Conquering Europe.
4 Ginobili, fulfilling the dream.
5 Manu and his statistics.

The most important Argentine athlete in history. 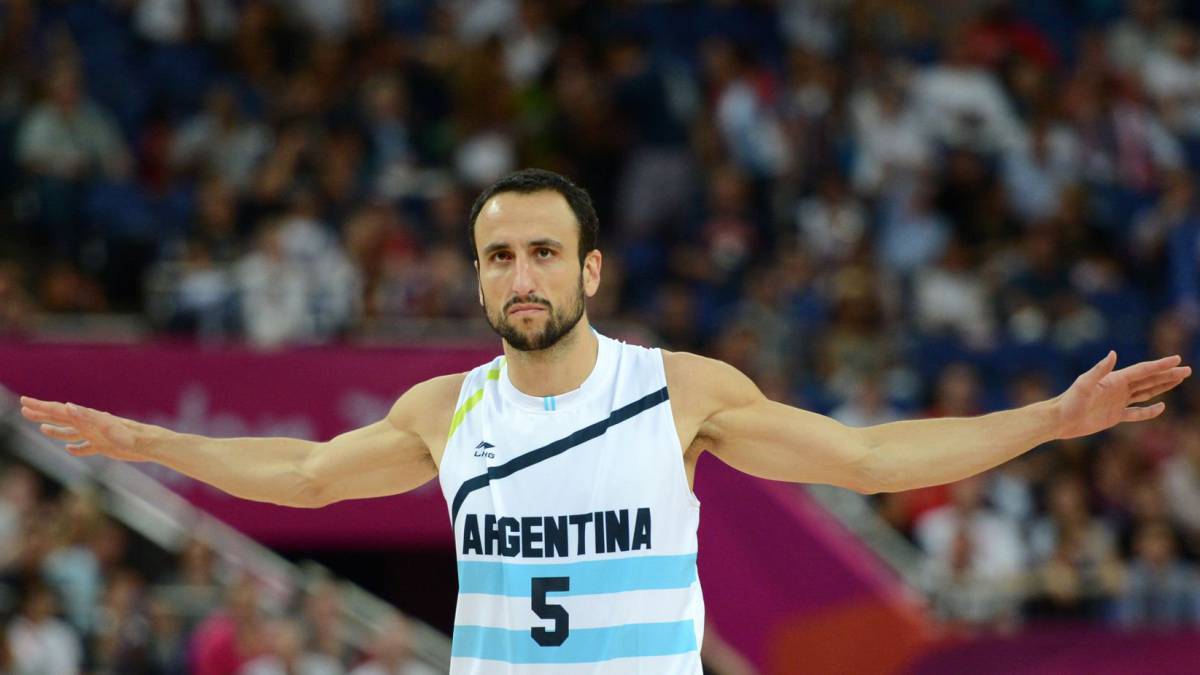 With his left hand he conquered the world. Four NBA titles with San Antonio, an Olympic gold medal, the Euroleague with Virtus Bologna: the story of the most successful Argentine basketball player in history. 198 centimeters by 93 kilograms of pure basketball anarchy, flair and recklessness combined with innate crystalline talent. An outright victor, capable of dominating any competition without ever neglecting a low profile that is just the first minute of a trigger on the most explosive and sparkling time bomb.

Manu is an absolute predestined. Father Jorge the coach of a local team in Bahía Blanca. His two older brothers, Sebastián and Leandro, play in Serie A Argentina, and the newest member of the family, as is often the case, is fascinated by the ball. At the age of 10, he began his youth career in Bahiense del Norte, a die of almost 9 years that later led him to land in the professional world at the beginning of the 1995-96 season with Andino Basket. One year of experience before returning closer to the warmth of home. He is hired by Estudiantes de Bahía Blanca. Emanuel, however, soon realizes that South America is close to him. He wants to go play in Europe. The championships that most attract your attention and in which you would like to go live are that of Spain, and, even more, that of Italy,where Hugo Sconochini, his friend and first sponsor of the Ginobili landing, has played for a long time. . First he is contacted by Spanish teams, then Viola Reggio Calabria arrives and it is love at first sight. Here Manu immediately demonstrates his gifts as a Man of Providence, a characteristic and value that will be a constant in his career.

In the first year in Europe he was immediately promoted from A2 to the highest Italian competition, the second and last in the Calabrian team, a springboard to Olympus of the strongest. In summer, the Argentine is chosen in number 58 of the NBA Draft , and the dream begins to take shape and realization. Viola, after a fantastic year, reminiscent of the glories of 1993, ends the season as the fifth force in the league after the playoffs and takes a step away from a historic semifinal in the postseason. The Bahia Blanca native is overwhelmed and attracts the attention of a Virtus Bologna looking for a rising star to partner with Sasha Danilovic. The Serbian, however, makes a decision that surprises everyone: at the age of 30 he announces his retirement from basketball. Ginobili, on the other hand, is put under contract by the Black Vs for 3 years, with the option of escaping to the National Basketball Association at the end of the first 24 months. Jorge’s son confirms his predisposition to amaze on the parquet with triumphs:In the first year in Emilia he is an absolute “crack” and Virtus wins everything. In PalaDozza, not even the most nostalgic Miss Danilovic. The team and the atmosphere are magical. Ettore Messina, who strongly desired Manu and will find him again in America in the future, is a perfect director. The boy from the province of Buenos Aires, on the other hand, is an excellent composer who transforms his class and his lucid madness into lethal weapons for his adversaries. Ginobili is intelligent, full of personality despite his young age and little experience in difficult fields. He flourishes in tough moments of the match by taking over the team and leading it to success, often with choices that take the breath away from his fans and then turn fear into shouts of joy for victory. Virtus Bologna,In the first year of the child who is not yet 24 years old, he completes the Grand Slam by winning the Scudetto, the Italian Cup and the Euroleague. The die is cast. It does not matter if the second year “only” wins the Italian Cup, Emanuel David Ginobili is ready for the big leap and takes advantage of the option to fly to the NBA, to San Antonio. 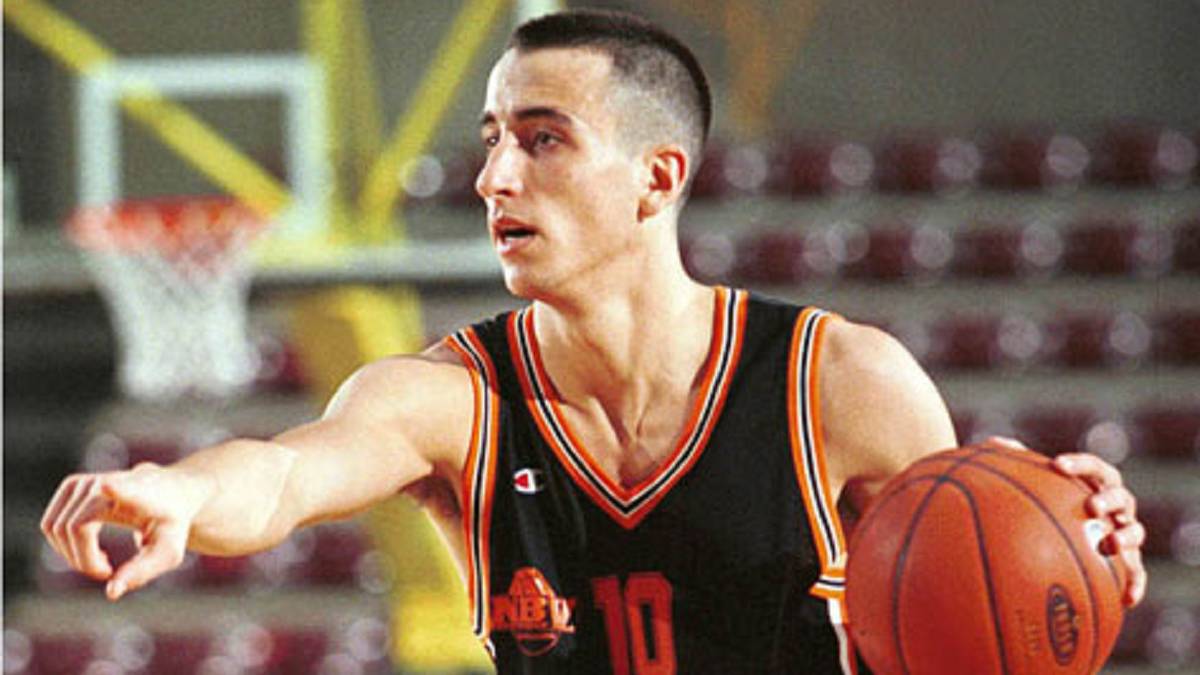 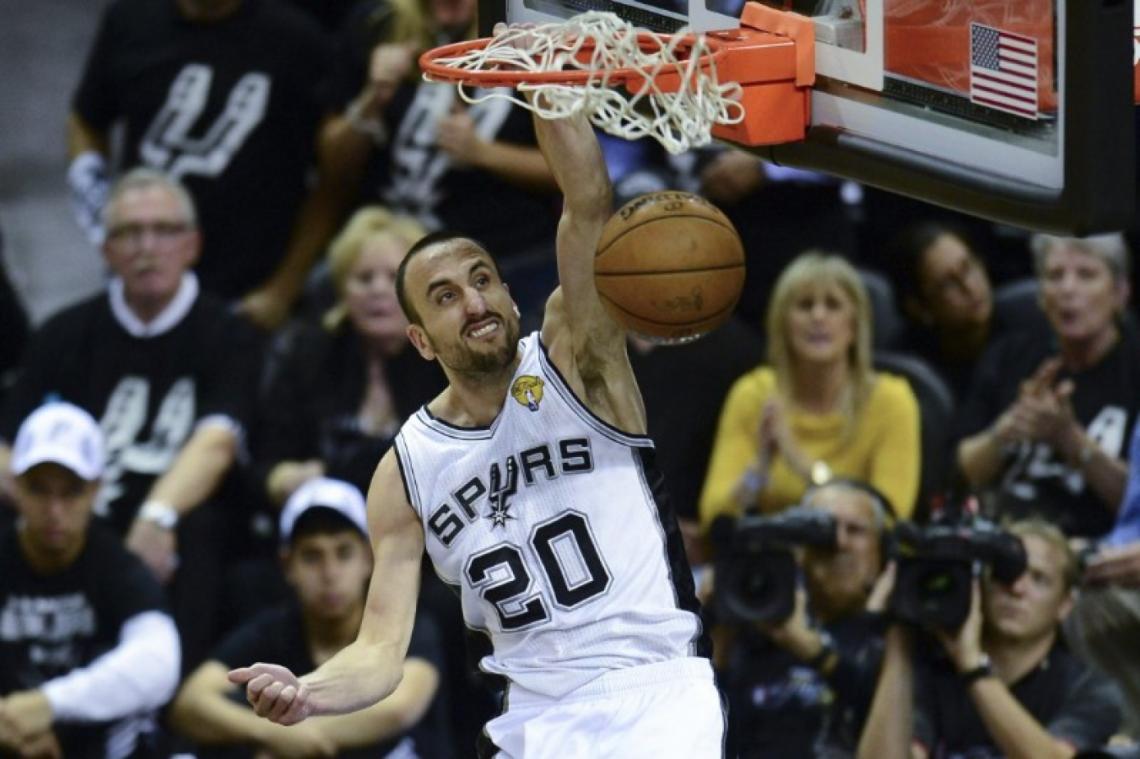 The summer before landing in the United States, however, is hot for Bahía Blanca’s talent: his Argentina only stops in the World Cup final against an overly strong Yugoslavia. The Selection, dragged by its number 5, loses and the dream of the world champion is shattered under the blows of Peja Stojakovic, Divac and Bodiroga. Manu is stopped by injury and loses the call in the last game, so he does not have the opportunity to write history. The first year in the NBA in the presence of Gregg Popovich further underscores Ginobili’s characteristic talisman, which is why his Spurs win the ring by beating the New Jersey Nets in the final. The South American is a versatile sixth man and despite an initially difficult relationship with the coach begins to enter the team’s schemes.”Mister Pop” is an iron general who smells the crystalline class and therefore accepts the commitment to have in the team a phenomenon that decides key moments of the matches, although not always respecting to the letter what his team would like coach.

In his second year he began playing many more games in the starting lineup, and the following summer his Argentina won the Olympic Gold in the Athens final against Italy. What has become “The Concussion” in the NBA, after having sent his team to seventh heaven during the event, shows all his qualities in the last and decisive chapter, playing a final like a true leader. Ginobili, thus, definitely enters history and is the first basketball player to win an Olympic title, the NBA, a European title and a National Cup. In the following season, he is the NBA title again. This time as the absolute protagonist with the other two components of the Big Three, Tim Duncan and Tony Parker. Play all the games of the Regular Season, it is called the All Star Gameand he proves to be a pivotal piece on the Spurs’ organization chart, averaging 20 points in the Finals against the Pistons regulars. The Texans also win the 2007 Finals, easily and clearly against the Cleveland Cavaliers of a very young LeBron James and Kobe Bryant against the Lakers and the Dream Team. In 2007-08 comes the first honor in the NBA, winning the award for the best sixth man of the year. In the years that followed, the San Antonio warriors seem to almost fall asleep to recharge their batteries and get ready for the final sprint of their careers. There are mixed results, until in the 2013 Finals, they fall only against the physical and mental power of the Miami Heat of coach Spoelstra .. Ginobili is criticized in the last two races of the series, he loses many balls, it seems that the light is at about to turn off. The following year, however, fate offers Popovich’s boys the sweetest of revenge. In the remake of last year’s finals, the Spurs beat the Heat 4-1. Manu plays a completely crazy series. Drag yours, almost 37 years old,to which will be the last trophy of the Dynasty of the “Big Three”. After the last years on the catwalk, on August 27, 2018 comes the sad news: at 41 years old Emanuel David Ginobili retires, putting an end, in fact, to the fantastic cycle of Gregg Popovich’s San Antonio Spurs. Manu and his statistics.